Why Linux systems are less affected by computer viruses than Microsoft Windows systems? 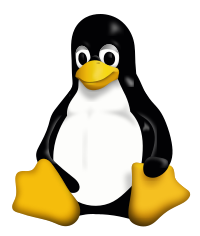 Historically, a lot of the problems were due to poor decisions on the part of Microsoft.

For example—you open a Word document that someone emailed you—and it would go off and execute any script that was attached to it. So just opening an email would be enough to get you infected.

Most of those things have been fixed now—so life is better.

So these days it’s more down to the mentality of the malware authors.

Oh, yes, and the most popular operating system, off the Planet? You guessed it! Linux, which is running on the laptops on the ISS!

Linux doesn’t get viruses. I mean, there has been a few proof of concept ones, but very few “out in the wild”. Linux was built from the ground up with security and multi-user capabilities built in. Thus it’s really hard to create a self-propagating self-replicating piece of malware for Linux. Generally, malware usually only can compromise one level of Linux (and other Unix flavours like *BSD, AIX, HP-UX, etc), and then has a problem on the next layer. You can think Linux as having multiple fences that malware has to go through to take control of the system. This doesn’t make Linux immune to malware, but it makes it much harder to totally compromise. Add to that, the average Linux Administrator is much more savvy about computer security than the average Windows Admin, many of which have only passed a test to get MS certification, if that.

And for the most part, we are speaking of remote exploits…any computer, if you have physical access to it can be compromised…that is why most “secure” computers are in server rooms with lots of physical security.

So, in summation…if you run your system on Linux, keep up with the security patches, and don’t do anything that you are not aware of, you are going to be much more secure than if you had done the same with Windows.

When you subscribe to the blog, we will send you an e-mail when there are new updates on the site so you wouldn't miss them.